The Value of Diversity: An Interview With Dr. Michael Williams 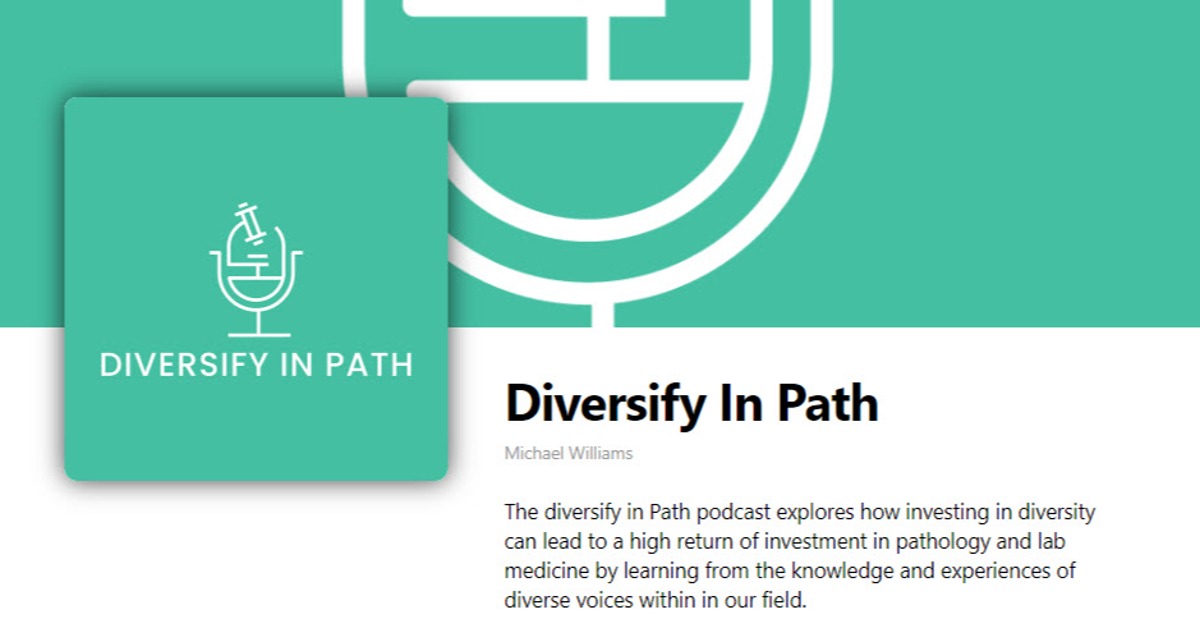 Dr. Michael Williams is a neuropathology fellow at the University of Alabama-Birmingham and a founding member of the Society of Black Pathologists. He’s also the creator and host of the Diversify in Path podcast, which launched in August 2021. The podcast looks at the ways in which diversity, equity, and inclusion can benefit pathology and laboratory medicine, and features the personal stories of diverse voices in the field.

In the span of about a year-and-a-half, Dr. Williams has produced 26 podcast episodes. Despite his very busy schedule with his podcast and fellowship, he carved out some time to chat with Voicebrook about the success of Diversity in Path and what comes next. 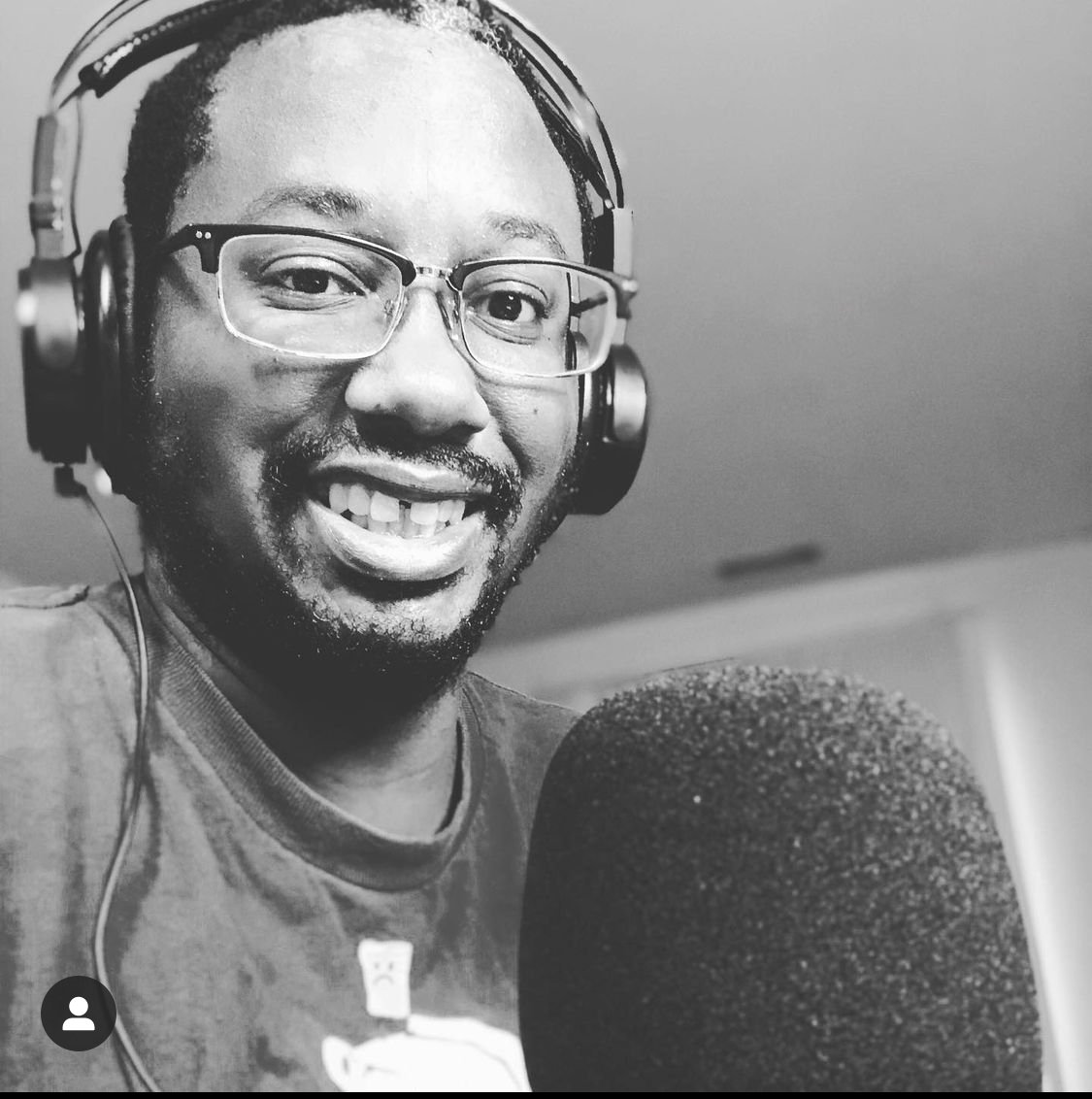 Dr. Michael Williams, equally comfortable with a microphone or a microscope.

Voicebrook: It's a pleasure to speak with you, Dr. Williams! Tell us about the beginning of Diversify in Path, and how your initial idea of a podcast became reality.

Dr. Michael Williams: With the murder of George Floyd in 2020, I realized that I wanted to get the diversity conversation continuously going and not just have it be one moment or one point in time. It seemed like diversity only got attention from most organizations and institutions when a racial injustice occurred, and then the conversation would stall. And so throughout studying for the boards, I was also researching how to start a podcast and getting inspired by that and realizing that I would love to have that continued talk of diversity.

I launched the podcast in August 2021 with the first two introductory episodes, and I’ve been doing it ever since. When I started the podcast, there were several people that I knew I wanted to interview: Dr. Nicole Jackson was the first one, Dr. Bettie Yeboah, and Dr. Sara Jiang, to name a few.  I just said, “Hey, I want to start a podcast about diversity and these are the questions that I want to ask… would you feel comfortable doing this?” And they were so willing, and came on to talk to me and started baring their souls about the stuff that is not really talked about too much or may not be discussed openly. I was really surprised and I was like, oh wow. I feel honored that people can be open and discuss their trials and tribulations, as well as their successes with me.

Voicebrook: When people talk about George Floyd or other racial injustices, the conversations often focus on a “big picture” perspective. But you decided to approach this topic with a laser-like focus to look at the issues facing pathology professionals in particular. Why did you make that choice?

Dr. Williams: For me, starting the podcast was a continuation of the conversations I've had with pathologists of color. I think that generally throughout medicine, different fields are starting to talk more about racism and diversity and limited access. I thought, well, I'm in pathology, and I talk to people of color in pathology and I would love to hear their experiences within the field of pathology and medicine and outside of their work. I wanted to make it personal and have it be personable. I wanted to have people who practice in pathology have their voices heard, and hear their stories. I wanted them to be able to say, within the field of pathology, that this is happening and this is what people are experiencing. We should listen and hear it, because it's not just some sort of outside problem, outside the field.

Before the tragedy and death of George Floyd, I think medicine itself was really trying to say that talking about race (and talking about disparities of any kind) should be separate and different from practicing in medicine. To me, that's completely false. You can't practice medicine without considering that social aspect and we can't practice pathology without having that social aspect either. You can't extract the topics of racism or disparities outside of medicine, when in actuality that is part of our everyday life.

Voicebrook: Your podcast interviews are really interesting to listen to, because even though you're having very important and serious discussions, they really feel more like a conversation between friends.

Dr. Williams: I wanted to get people of color who practiced pathology who live it, and hear their experiences, and talk with them so that people can be aware. This is something that we should pay attention to because it does affect how people of color actually interact with medicine or how we come to the hospital.

In one of my episodes I talked with Dr. Ashley Holloman, who is a neuropath fellow, and we had a discussion about how she presents herself going to the hospital. And she says that because she’s an African American female, she doesn't do interviews with her natural hair. She straightens it because of the fact that there has been this policing of people of color and their appearance, where straightening their hair makes it seem like they are less aggressive and more able to fit in. This is why I continue to have people of color in pathology talk, because this affects how we interact with employers and shows what sort of adjustments we do in order to not make a problem for ourselves and to fit in.

Voicebrook: It’s also important to highlight the diverse voices in pathology for the benefit of the patient, too.

Dr. Williams: The field of pathology is sort of hidden and niche within medicine. I feel that not a lot of people really know much about it or interact with pathology unless they’re surgical or medical oncologists who interact with the pathologists and they understand a little bit more about what we do.

For some people of color who go to the hospital, there’s a concern over if they are going to get the same sort of treatment compared white patients. There's a certain fear, especially with the unfortunate medical racism in the past. With more diversity in pathology, hopefully we can demonstrate that there are people here who want the best for your care. Hopefully we can show our faces and demonstrate our diversity and help ease their tensions about that. 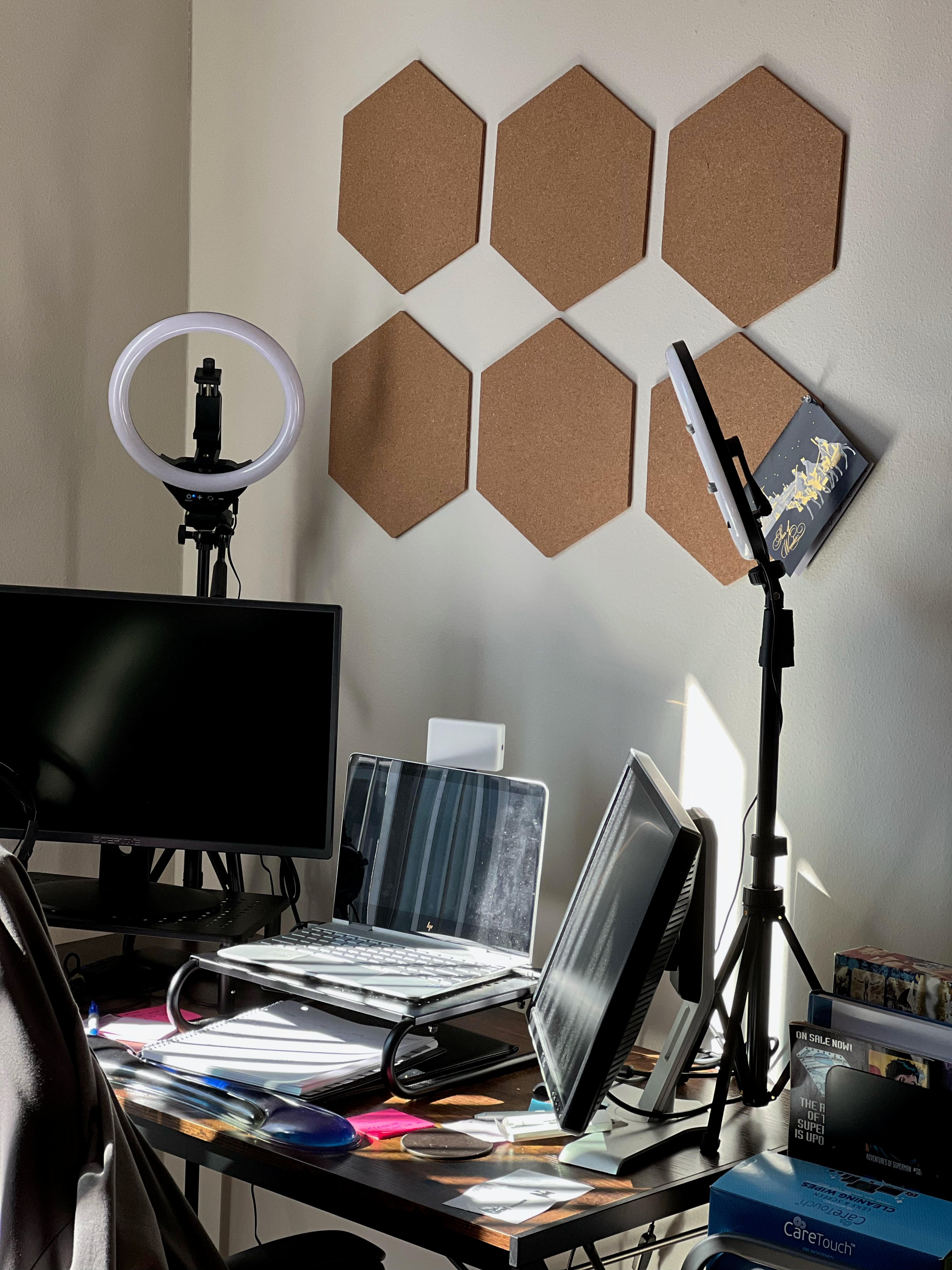 Voicebrook: How has the podcast evolved over time?

Dr. Williams: When I started this way back in August 2021, I focused more on my identity. On who I am and exposing that in terms of diversity because that's who I am, what I'm aware of, and what I see. But I wanted to also talk to people who are not Black, or who are Latino, who have different gender identities, those who are of different sexual orientations. I wanted to get those discussions out there as well, too. I'm part of the LGBTQIA+ community, and instead of just me talking about it, I wanted to hear somebody else share how they came about finding their own identity.

In the episode with Dr. Carlos Parra-Herran, we discuss gender pronouns and then in the episode with Dr. Alcino Gama, he talked about his sexual identity. I wanted that to be a topic of discussion as well, because that's also a part of diversity. That's also a part of who people are and how they can bring something different to the table, in a different light. I like to stress that we are obviously not monoliths… we're not all representative of just one thing. We have many identities that incorporate who we are as one being. For me, during the interviews I just love to learn how somebody else thinks and how they identify, and how it makes them unique as a person in general.

Voicebrook: That idea of not being monoliths… it’s important that we don’t make the mistake of lumping people into categories or assuming that one person can speak for an entire group.

Dr. Williams: I talk to my guests before and after the interview, and I try to make it clear that we're not speaking for the whole community,  because each person is unique and individual. One of the things that I try to stay away from is assuming that one person represents all of us. We should get away from looking at a person and assuming that they represent that whole community just because they're the minority in the board room or hospital or wherever they're at. I think a lot of times when we think about diversity or we hear that a person is African American or Hispanic or Latino American, there seems to be some sort of underlying instinct to say that they represent the whole entire community – instead of saying that they are one person who is part of that community. So in the podcast I always remember that my guest is a person and I don't interpret their opinions as being representative of their whole community. We're just part of a community that has multiple different experiences, and with the podcast I get to introduce the audience to how that’s shaped their individual identities as part of that bigger community.

Voicebrook: What’s been your favorite part of podcasting?

Dr. Williams: My favorite part of doing the podcast is being able to hear the stories and  bearing witness to somebody really telling me their experiences; somebody who's a co-worker or somebody that we would talk to on an everyday basis, but not really hear their side and their experiences. One of the things that I hope for the podcast when people are listening, is to feel like a fly on the wall. To hear about the things that maybe people don’t talk about out in the open.

I like that my podcast gives guests a platform for them to share, and they share with so much openness that it gives the audience a lot to listen to and think about.

Voicebrook: What does the future hold for you and for the podcast?

Dr. Williams: I originally thought this podcast would be a limited series, maybe like ten episodes and that's it. I just wanted to see if I could even pull off doing a podcast. I wasn’t sure how well-received it would be. I just wanted for there to be stories and discussions out there about racism and diversity and inclusion for people to be able to listen to and to refer to. When there’s some other big crisis or moment in time or history where many people are talking about diversity again, I wanted these episodes to be there as a resource.

Then, with the reception that I received with the podcast, I was like, wow… and I started wondering how many other people would be willing to talk to me. That was a surprise for me. I didn’t think I’d be creating Season 2 at all. I’m really happy because I put a lot of hard work into it.

I have plans for future seasons and plans to expand the podcast, but I’m not sharing them just yet. (laughs) I definitely have plans and things that I hope to do, while also balancing that with studying during fellowship.