There's been some disagreement in the pathology community about the job market for pathologists. While some believe pathology jobs were harder to come by earlier this decade, others say improvement is happening.

A recent article by Dr. David Gross and colleagues, which studied evidence from the most current College of American Pathologists Practice Leader Survey, claims that "the demand for pathologists is strong, at least at the current time."

Published in The Archives of Pathology & Laboratory Medicine, the article authors analyzed data from the 2018 College of American Pathologists Practice Leader Survey. This survey contains data from 253 practice leaders on their practices’ hiring (and retrenchments) in the year 2017, the skills and level of experience being sought in new hires, success in filling those positions, and their expectations for hiring in the next three year period. 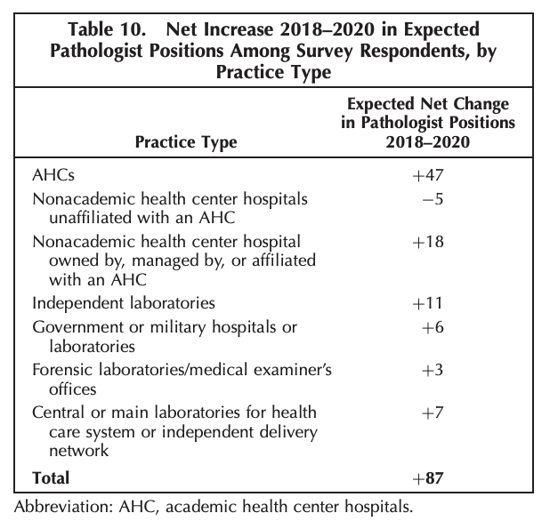 Among the surveyed practice leaders, more than 45 percent said they sought to hire at least one pathologist that year. All together, those surveyed tried to fill 246 full-time equivalent positions that year, of which 93.5 full-time equivalents (38 percent) were newly created. This hiring was not limited to larger, academic-based practices, but also occurred among smaller practices, as well as practices based in nonacademic hospitals, independent laboratories, and other settings. 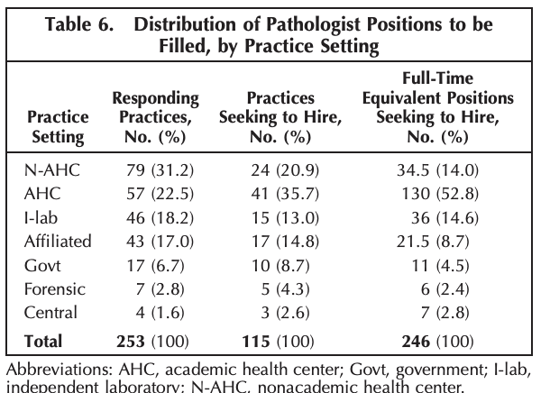 Some practices retrenched (reduced their number of employees) which accounted for 60 full-time equivalents in 2017, but the net increase was 187 full-time equivalents. Practice leaders also indicated they would be filling more positions in the next three years (2018 through 2020) than the number of jobs that would be lost through the retirement of pathologists.

The article was met with pleasure among pathologists on social media, like Dr. Tyler Teichmeier, Surgical Pathology Fellow at the University of Nebraska Medical Center. "I am so happy that the write up was able to dispel some fears around the pathology job market," he tweeted. "I think the data this year was even more encouraging for those in training!" 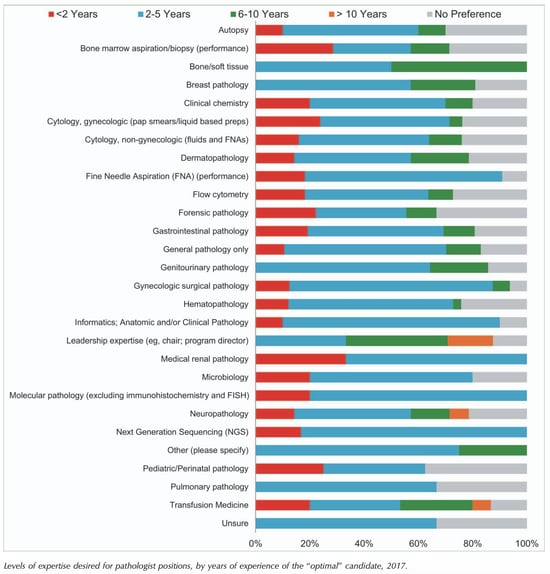 The authors did clarify that, when it comes to hiring, "practices often define the 'optimal' candidate as having two to five years of experience." This definition of an ‘‘optimal’’ candidate does vary somewhat by which subspecialty expertise is being sought. To that end, the authors intend to seek more details from pathology practices in the next CAP Practice Leader Survey, which is scheduled for 2020.

Specifically, they plan to clarify whether or not "0–2 years" of experience includes fellowship trainings.

"We intend to ask further questions about the ideal hire, as well as the experience of persons judged to be acceptable and eventually hired for the positions," they said. "We hope that this information will help us better understand both the demand for pathologists overall and the demand specifically for newly trained pathologists. We also encourage readers to express questions and areas of inquiry they consider important."