Patient Advocacy and Patient Engagement in the Pathology Community

I have written about issues directly related to Voicebrook's speech recognition solution in pathology. Today, I’m changing it up a little and paying tribute to three particular patient advocates, each of whom has had significant experience with cancer.

The purpose is to highlight their experiences and use their stories as examples of patients having a positive impact on the pathology community and treatment of future patients. 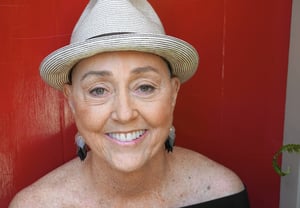 “The medical establishment tells me I have ‘failed’ a number of therapies. That's not right: The establishment and its therapies have failed me. The system we live in as metastatic breast cancer patients is simply not designed to deal with the cycle we are living and dying in. The estimated 40,000 women (and a few men) who die annually can't wait years for FDA-approved, “gold standard” clinical trials. We're dying now.” -Laurie Becklund

I never got to meet Laurie Becklund, who passed away earlier this year of metastatic breast cancer, many years after being declared cancer-free. I recently found her story, published posthumously by the LA Times, where she had previously been an investigative journalist. I could not possibly do it justice; please read – and watch the embedded video.

At times, her reportage on her own cancer seethed frustration with the massive focus on funding for awareness campaigns, early detection and future cures while “only a fraction of those funds [is channeled] into research or systems to help those who are already seriously sick.”

"We must create a new system of data collection and an open, online, broad-range database about patient histories that will provide information invaluable to those who've been given a death sentence. Patients as well as doctors must contribute.” Her final LA Times piece suggested how else she wanted to be remembered, as “…valedictorian, Fulbright scholar, former Times staff writer who exposed the Salvadoran death squads and helped The Times win a Pulitzer Prize for coverage of the 1992 L.A. riots.”

Kimberly is a two-timer – a two-time survivor of breast cancer, as her twitter handle @2XBCSURVIVOR76 attests. She is also the first person I have ever met attending a Pathology conference from the patient’s perspective. She has been aptly described* as “[working] tirelessly to share her story to motivate and empower people to make better decisions in their healthcare journey and uses her consulting business to align cancer non-profit organizations with companies to secure funding and development for their patient centered programs.”

If this is not the first example of patient engagement in Pathology community, it is certainly the one that has made the greatest impression on me, demonstrating vividly how Pathologists can embrace patient engagement and promote understanding of the Pathologist’s role in diagnosis and treatment of disease.

Last, but certainly not least, this woman knows me for more than 50 years, dating back to when I was in a very dark place – her womb…. I am pretty sure I inherited from her my obscure sense of humor (and tendency toward parenthetical remarks).

All kidding aside, my mother was diagnosed with Stage 1 non-small cell lung cancer in 2001, and had surgery to remove her lower left lung. At the time, the standard of care for this early stage lung cancer ended with removal of the tissue. However, after pressing for a second opinion at Stanford, Ali was subsequently treated with three of rounds of chemotherapy. Many years later, adjuvant therapy (radiation and/or chemo, typically) is frequently prescribed for early stage lung cancer to ensure the cancer cells are eradicated. While not making any scientific claim, Ali notes that many of her peers with similar cancers who did not receive adjuvant therapy have not survived; she believes that this aggressive therapy may have saved her life.

Early in her own recovery, Ali began getting involved with local and national lung cancer support organizations, connecting with newly-diagnosed lung cancer patients. She has also been involved in various cancer-related fund-raising events, and was honored in 2007 at a San Francisco Giants game in a #StrikeOutCancer ceremony, which I had the great privilege of attending. Fourteen years post-diagnosis, she continues to provide support to lung cancer patients while simultaneously encouraging her adult children to make better choices related to diet, sleep, health, relationships, etc., to slow down and appreciate life and offer unsolicited advice on how to raise our children. We wouldn’t have it any other way.

So why am I writing this?

Most of us have had experience with cancer through close friends and family members who have had cancer, so it’s personally satisfying to be involved in delivering information technology solutions in Pathology. Every project we deliver, every training and support session, every new tool or feature we design ultimately has an impact; throughout Voicebrook, we are proud to contribute to helping Pathologists in their mission.

Looking forward, we’ve been hearing an increased buzz around Pathologists needing to be more engaged with patients, to be more visible in the patient’s diagnosis and treatment. I am sure that all three of the advocates I mentioned above would concur.  Each, having spent countless hours researching their own individual diseases. It is energizing to see Kimberly and Dr. Kaplan meeting up at Pathology conferences, discussing Pathology, technology and patient engagement. I know from many conversations with Ali how thirsty she and her peers have been for as much information as possible related to their cancers and treatment options, and the Pathology report – and increased interaction with the Pathologist -- is vital.

As Pathologist-patient engagement increases, I wonder what new opportunities will be driven by more direct involvement of Pathologists, and more vocal patient advocates. Will Pathologists augment traditional reports with “patient-oriented language” describing disease, diagnosis and treatment considerations from the Pathologist’s perspective, in an effort to be better connected with patients they often do not see directly? What other tools and forums will be created, helping patients and Pathologists to interact more directly? What tools will patients use to better understand the inner workings of their disease, with additional guidance from Pathology?

We look forward to further discussion in this area, and helping provide technology to support the evolving conversation between Pathologist and patient.