When Your Speech Recognition Solution Won't Recognize A Certain Word

Speech recognition seems to be everywhere these days. Just say, "Hey Siri" or "Ok Google," and dictate a command without even picking up your smart phone. While this technology continues to improve, it's not perfect. Think about how many times you have to correct a word Siri or Google doesn't recognize. Thankfully, speech recognition for medicine is miles ahead of your smart phone. For Pathologists, it gets even better. VoiceOver is the ONLY speech recognition solution specifically tailored to Pathology. Still, there may be a word that just won't be recognized properly. This is a short blog about one such case. 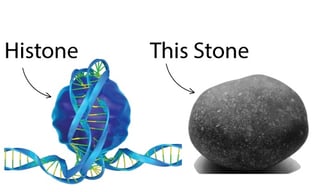 We got a call from a Pathologist who was frustrated. Every time he tried to dictate the word, "Histone," the words, "This stone," appeared instead. He said that he had tried the training and correcting techniques with the word, "Histone," several times, and it never worked.

We realized the speech engine needed to be "told" the difference between the right and wrong words. I had him train, "This stone," two times. Afterward, he dictated, "Histone," and it worked! Sometimes, it's a good idea to train the mistake along with the word to provide the necessary context and contrast for future recognition.

Have a question? Contact our support team; we're here to help!