Call it Petya or NotPetya. Either Way, it Wreaked Havoc on Transcription Services 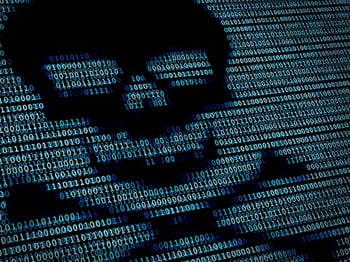 Hospitals around the world have seen their transcription services interrupted by the June 27 cyber attack. At first, the attack looked like the ransomware known as Petya. It encrypted users' files and demanded a ransom before unlocking them, but the ransom proved difficult if not impossible to pay. Authorities then began to suspect the attack, now called "NotPetya," was only created to cause as much disruption as possible. On that count, it has been very successful; the malware has spread to individuals, companies, and even nations around the world.

How Has Transcription Been Affected?

One of the hardest hit companies in the US has been Nuance, the maker of Dragon. While only their cloud-based services have been affected, the attack has still impacted the ability to dictate patient reports at thousands of hospitals world-wide. Nuance is not the only company affected, though. Even some off-site transcription services have been interrupted by the attack.

Why only the Cloud-Based Services?

In the specific case of Nuance, only the cloud-based solutions were affected by this cyber attack, begging the question, "why were they more vulnerable?" Hospitals using the cloud-based speech recognition solutions rely on off-site servers. When those servers go down, users are unable to connect to the speech engine, effectively blocking their ability to dictate reports. On the other hand, locally installed solutions, such as Dragon Medical Network Edition, are installed on servers inside the hospital, providing an extra layer of protection.

Petya/NotPetya was a massive, wide-spread attack, but there are smaller malware attacks happening every day. For information on how to prevent becoming a victim and what to do if you are hit with one, check out our blog on ransomware, security, and basic cyber hygiene

As always, if you do have any questions or concerns please contact our support team. We are happy to assist you in any way we can.