Despite Declines in Anatomic Pathology Revenue, Hope is On the Horizon

In the last 10 years, anatomic Pathologists who work in private practice settings have been negatively affected by various attacks on their income by health insurance companies, client physicians, and patients. Many of these Pathologists are earning substantially less than they earned several years ago. However, while shrinking revenue has been a problem for numerous pathology groups, some groups have combatted the changes by implementing practical pricing techniques and providing physicians and payers with added value.

Around 2004-2005, we saw the rise of what is referred to as condominium lab complexes. These AP complexes made it possible for gastroenterologists and urologists to create their own on-site histology laboratories to perform the pathology work their patients neede. Thus, they eliminated the need for outsourcing. With their own labs, these physicians were able to capture all the revenue for themselves. However, within just a couple of years, once opinions from the government were released stating that the complexes were not complying with the federal law, these AP complexes became less favorable.

Although the closure of these condos would benefit anatomic Pathology groups, the larger gastroenterology and urology groups later built a typical histology lab within their practices. These new labs caused Pathology groups to lose high volumes of referrals in cities around the nation.

As health insurance companies were pressured to decrease costs related to care, they began to make adjustments to their networks, excluding the higher-priced private Pathology groups. Therefore, self-sufficient Pathology groups and many regional clinical laboratories were excluded from national and regional provider networks. This meant that they would not have the ability to access patients who were insured by these plans. Health insurers believed that these ‘narrow networks’ would allow them to manage the annual increases in health care costs. Needless to say, these narrow networks caused many Pathology groups to experience a substantial decline in their revenue stream. Over a period of several years, the majority of smaller and mid-sized groups discovered that their labs either lost money or only provided a marginal profit.

Continuous decreases in the prices for Professional Component services have contributed to declining revenues. In addition, the amount that Medicaid, Medicare, and health insurance companies have been paying for Technical Component services has been steadily declining. As such, Pathologists in these groups are frequently working harder while their personal income continues to shrink. 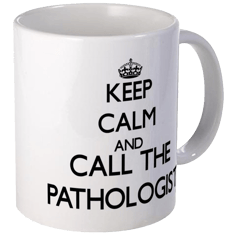 There is Hope on the Horizon - Tips for Increasing Profit

Tightly managing outsourced billing services can assist in the collection of revenue that is frequently lost. According to The Dark Report's Editor-In-Chief, Robert L. Michel, the majority of Pathology groups neglect to manage their off-site billing and collection services with the level of attention that they give to the diagnostic services they offer. Closely managing billing services provides better outcomes because some billing services do not collect every dollar that is legally payable to the group. This remains true whether the service is collecting from patients, Medicare, or private payers.

According to Michel, “When a Pathology group manages its outside billing service with greater attention to detail, it receives more dollars collected from the claims that are submitted. For a group with annual gross billings of, say, $8 million, every additional 1% of that money collected (and not written off) generates $80,000 more for the pathologists in the group. And that’s all profit, which falls directly to the bottom line for distribution to the partners.”

2. Increase Revenue and Profit Through Adaptation

Offering price transparency and competitive pricing has helped shrewd Pathology groups continue to grow, add market share, and bolster finances. By adapting to the variances in service pricing, Pathology groups can increase their revenue and profit.

According to Michel, “Over the past five to eight years, Medicare and private payers have changed their business practices in ways that can financially cripple any Pathology group that refuses to adapt to these changes: This is why—during this same period—some pathology groups continued to grow specimen volume and revenue, while others saw revenue shrinkage and were forced to cut back the income earned by their Pathologists. But for every Pathology group that is changing their pricing policies to meet the new needs of payers, physicians, and patients, there are 100 Pathology groups doing things the way they always have and wondering why they keep seeing less revenue. This is one factor in the financial success of innovative pathology groups.”

There is a growing trend in Pathology labs towards controlling costs by improving efficiency. Many have looked to manufacturing concepts such as Lean, ISO, Just in Time, and Six Sigma. New processes and technologies allow Pathology labs to increase their profits as well as provide greater satisfaction to their clients with faster turn-around times.

The Good News: Growth in the AP Market is Expected

According to the Anatomic Pathology Market by Products and Services (Instruments (Tissue Processing Systems, Microtome), Consumables (Reagent and Antibodies), Histopathology, Cytopathology), Application (Disease Diagnosis, Drug Discovery and Development) - Forecasts to 2021, in 2016, the value of this market was a little over $16 Billion (USD). It is expected that the AP market's compound annual growth rate (CAGR) will be approximately 6 percent from 2016 - 2021, reaching nearly $22 Billion (USD) in 2021. This growth is expected due to the continually-growing senior population, a rise in the number of individuals with chronic diseases as well as an increase in healthcare expenditure.